So at the end of Deadpool 2, Cable went from a guy who went to the past to save his family to a guy who stole is daughters teddy bear and abandoned his family for no reason.

Ursula Le Guin's The Left Hand of Darkness is on sale for $1.99 in iBooks. Probably on the Kindle too.

Ah, a round of super-shitty dreams. No thanks. Now to try and reset my brain onto a different track.

ProTip: if you have workers in your house disable all the HomeKit automation you’ve set up so they don’t accidentally end up working in the dark.

Cheapest cell plan I've ever had was 5GB LTE per month, unlimited talk/text for $20 a month from Mint Mobile (have to buy a year at a time for that price).

I dropped them after a year because they didn't support iOS WiFi calling or visual voicemail.

iOS is finally a fully supported phone so i'm switching back.

e-scooter + light rail will be 100x better for an urban environment than autonomous vehicles.

especially if light rail is free or subsidized for low income. 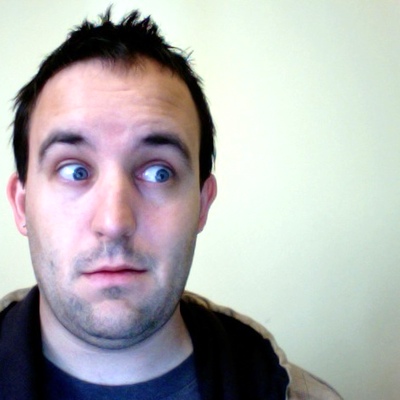 The Apple Heart Study is for the pulse detection, plus when AF is suspected a continuous ecg monitor is given to the patient for 8 days, this is NOT the Series 4, it’s a continuous monitoring device separate from the Watch:

I’m really skeptical of the articles on the accuracy of the ECG function of the new Apple Watch. Most don’t quote anything from Apple and don’t seem to understand the Apple Watch Heart study.

Apple has 2 clearances from the FDA:
One for using the pulse tracking (not ECG) on any Series 1 watch or newer to detect AFib:
https://www.accessdata.fda.gov/cdrh_docs/pdf18/DEN180042.pdf

The other is for the ECG feature:
https://www.accessdata.fda.gov/cdrh_docs/pdf18/DEN180044.pdf

- a microSD card weighs somewhere around 0.4g
- the highest capacity microSD that's easily available is 256GB
- a trebuchet can throw a 90kg projectile over 300m

Therefore a trebuchet can throw 57.6PB of data over 300m

darn it, as @jessicadennis points out, I missed the 3GS, I think that helps makes the point. Also, Apple’s iPhone page lists the new names as capital X lowercase s/r, previously they used uppercase S (when they don’t use the dumb s in a box).

So long as Apple doesn’t pick a name that translates to a literal sex act in another culture they’ll be fine. All Apple names are dumb for the first month.

Also, I predict the iPhone & macOS will lose their X at the same time.